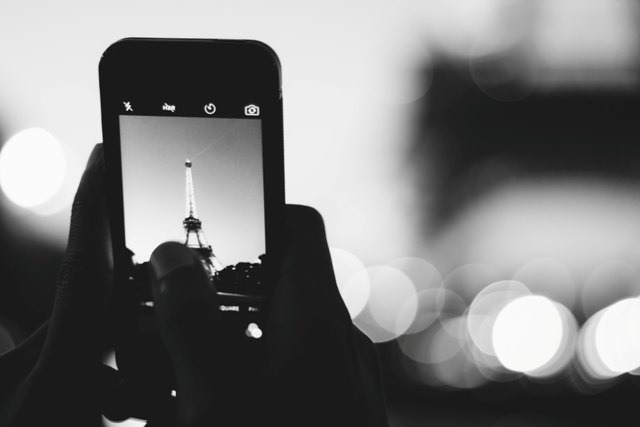 As 2019 nears its end we are almost done with most of the major smartphone launches for the year. Most of the big hitters are already out, so let me take this opportunity to rank the 10 best camera smartphone of 2019.

We are just going to be focusing on the optics, the battery life, the processor they are not going to be really playing a part in this blog. Let’s begin…

Out of 10 best camera smartphone of 2019 Honor 20 Pro got 10th rank in this list. This phone is announced in May 2019. Design similarities to the Huawei P30 Pro in terms of the camera module layout. It comes with a laser autofocus lens right there with an extra camera. It has a quad-camera set up. Moving on to the front it has the same hole punch design.

Selfie camera here is 32 megapixels camera, so this is one of the largest sensors out there in terms of selfie camera. Around the back on is giving this phone for cameras. So first one up top it’s a 16 MP wide-angle lens wide-open and another is the main event, this is the 48 MP main shooter within half an inch sensor. Aperture on this F 1.4, so that’s a really wide-open aperture. That means this phone should perform superbly in a low-light situation. Another, it has 8 MP telephoto lens with an F 2.4 aperture and this telephoto lens allows you to get up to 3 times lossless zoom. You can also get up to 30 times digital zoom. Finally it has a 4th lens, this is a 2 MP macro lens. So what it does allows you to take macro images to get closer to a subject.

The Oppo Reno 10X Zoom may have a terribly clunky name but it does at least highlight one of the key camera features which are that crazy periscope designed telephoto lens. This gives you an up-close and personal view of your subject.

Reno 10X Zoom comes with 48 MP primary lens with F1.7 aperture and a tasty bit of optical image stabilization built-in. The main shooter is a periscope style zoom lens with a similar design to Huawei P30 pro capable of shooting 13 MP images from afar. And last as an 8 MP ultra-wide-angle lens for a very different viewport. On full auto mode, you can capture some rather dazzling everyday shots. When you get really close up to your subject the macro capture is still solid.

The front camera is hidden away inside of the Oppo Reno 10X Zoom. Pop this cheeky we have lights are up and you will uncover a 16 MP shooter with F 2.0 aperture. The selfie snappers struggle when conditions aren’t great but if you are hungry a shot just right you will generally get a decently detailed pic as usual. There is a portrait mode on as usual. The edge detection is slightly ropey without a secondary lens for the depth-sensing but the background blur effect does look for other lovely.

Redmi K20 Pro comes with the triple camera setup. The primary camera on K20 pro gets the same 48 MP Sony IMX 586 sensor that we saw on so many phones this year. On this phone it is coupled with F 1.8 aperture. The next camera gets an 8 MP sensor with F 24 aperture which gives us 2X optical zoom. Third and the final camera comes with a 13 MP sensor with F 2.4 aperture. You can take 4K videos in up to 60 FPS, and the interesting thing is, you can take these 4K 60 FPS videos with all the 3 rear cameras. We don’t see many smartphone manufacturers giving us this feature. Even it can record 960 FPS super slow-motion videos in 1080p resolution

The motorized pop-up front-facing camera gets a 20 MP sensor with F 2.2 aperture. This 20 MP selfie camera can actually take some amazingly detailed images. This might be the best selfie camera that Redmi has ever included in on their smartphones. It does really well with the portrait selfies as well. Edge detection is at par with the other phones in its price range, and overall colors and dynamic range also seems pretty good.

After having added one of the first variable apertures in smartphone cameras with the S9 and S9 Plus, this year Samsung adds an extra lens to the mix, which means the Samsung Galaxy S10 Plus comes with a triple camera setup at the back. It also gets an interesting dual-camera setup at the front, so on the S10 Plus, we get 2 cameras in total.

The primary camera at the back has a 12 MP sensor, with a variable aperture of 1.5 to 2.4. Each individual pixel has a size fo 1.4 microns and this module gets optical image stabilization. 2nd camera again gets a 12 MP sensor with an F 2.4 aperture telephoto lens each individual pixel has a size of one micron it also has optical image stabilization. 3rd camera has a 16 MP sensor with F 2.2 aperture ultra-wide-angle lens. It can shoot 4k 30 and 60 FPS videos, 1080p 30 60 and 240 FPS and 720p super slow-motion videos in 960 fps. The front this time we had the dual camera set up in this weird-looking cutout in the display. The primary camera has a 10 MP sensor with F 1.9 aperture, while the secondary camera gets it may have been self sensor with F 2.2 aperture. This one is just a depth sensor so, it is there to get you health better footage selfies on the front camera can also shoot 4k 30fps videos. This is something that you don’t get on too many smartphones.

OnePlus 7T pro has a 48 MP primary shooters slap there on the back using Sony’s AMX 586 sensor. The aperture size is F 1.6. While optical image stabilization is on board and this primary lens is backed by a 16 MP ultra-wide-angle shooter at F 2.2 aperture and an 8 MP F 2.4 telephoto lens which offers three times zoom. And the phone also has a nice bit of optical image stabilization.

Also Read: 8 Must have apps for daily use

Out of 10 Best Camera Smartphone of 2019 we are currently at 5th position. This is the first time we have seen this many cameras on Xioami phone and it’s the first phone to have Samsung’s new 108 MP quad bayer sensor. Starting from the top there is a 5 MP camera with 5X zoom, a 12 MP camera with 2X zoom and a large 108 MP main camera. There is also 20 MP ultra-wide camera with autofocus and a 2 MP macro camera.

The main camera has OIS and outputs 27 MP photos due to his quad bayer arrangement. These shots look very nice with a ton of details thanks to the high resolution. Moving to the ultra-wide camera which gives you a hundred and seventeen-degree field of view. Sharpness is alright comparable to other ultra-wide-angle cameras. 2X telephoto camera takes really sharp 12 MP images with colors that mesh nicely to the main Cannes. Now let’s get into the 5X telephoto camera which is a bit complicated. It is in the periscope camera. Xiaomi achieves this level of zoom by shooting with the central 5 MP are of an 8 MP sensor. The macro camera can focus from as close as 2 centimeters. Selfies from the Mi Note 10 are taken with 32 MP quad bayer front camera. But these come out in the native resolution, not 8 MP. 4K videos captured with the main camera have excellent colors, great contrast, and wide dynamic range.

Samsung Galaxy Note 10 Plus got three sensors or actually four sensors that we’ve seen before on Galaxy S10 and S10 plus line but that time of fly sensor and all the new features make something quite unique on the Galaxy Note 10 Plus.

There is a time of flight sensor, what that brings to the table is live focus video. Very few devices do that. Samsung has four different bouquet modes to give you that bouquet background while you use it and it’s fun. The phone also comes with a zoom-in mic feature. It is actually turned on.

The new features on this camera have been added to their S pen with air gestures. Being able to use their spend like a wand to navigate through the men, left or right taking images which is something we had last year with the S pen.

The phone comes with 12 MP primary camera with F 1.5-2.4 variable aperture. 2nd it has same 12 MP telephoto lens with F 2.1 aperture. Next it has 16 MP ultrawide angle camera with F 2.2 aperture. It also has TOF 3D VGA camera we talked about.

Huawei P30 Pro is an engineering marvel when it comes to cameras. There are a lot of cameras and camera-related tech on this phone.

Starting with the specs. The primary camera has a 40 MP sensor with F 1.6 aperture and this camera is optically stabilized.By default this camera captures 10 MP images, which use pixel binding to combine pixels information from 4 pixels into 1 pixel, making the overall images sharper and more detailed. You can change the resolution to 40 MP from the settings. Then there is this 20 MP camera with F 2.2 aperture. After that we have the most interesting 8 MP periscope camera with F 3.4 aperture which gives us roughly 5X optical zoom compared to the primary camera. This camera is optically stabilized, which makes it even easier to capture distant objects clearly. And last but not the least, we also have a 3D time fo flight camera at the back, which for some reason, is placed separately from the main camera cluster below the dual-LED flash.

Every year the pixel is the benchmark for the best phone camera and this year it does have some competition. But with the magic of Google software processing and camera hardware the pixel is still a top contender.

Upfront is an 8 MP selfie camera. It takes the best selfies in any device easily. With HDR amazing portrait mode edge detection and night mode selfies, this phone kills it. Let’s talk about rear cameras. This year we have two main cameras up from one camera in previous years. A main 12 MP camera and a secondary 16 MP 2X telephoto camera. The zoom lens does perform better than the digital zoom on past pixel devices and is much sharper. This is one of the best phone cameras ever created. Well makes the pixels photos so great every year is Google software optimizations. The pixel has always been good at HDR and this year is no exception.

The other big part of the pixels camera experience is how well it performs at night. We have the usual night sight mode that brings night photos to life unless you basically see in the dark with shots. Low light results are very impressive with amazing clarity and sharpness and don’t just make nighttime photos look like daytime photos they often look natural for night shots.

There is also that brand-new astrophotography mode that Google just can’t stop talking about. The astrophotography mode activates and the phone takes a long exposure shot for a few minutes. It isn’t always guaranteed that this mode will activate, there is no manual control for this mode. It needs to be dark enough and the tripod has to be perfectly stable. But when it works it is pretty much worth it most of the time.

From 10 Best Camera Smartphone of 2019 Apple iPhone 11 Pro comes first in this list. Apple aren’t doing anything crazy life 20x hybrid or 50x digital zoom and periscope cameras from Huawei and some other manufacturers. But with the Normal and a 2X telephoto lens that we had on the iPhone XS and XS Max, iPhone 11 pro and Pro max now have an ultra-wide lens.

You can Visit office page of iPhone 11 Pro by clicking on this link.